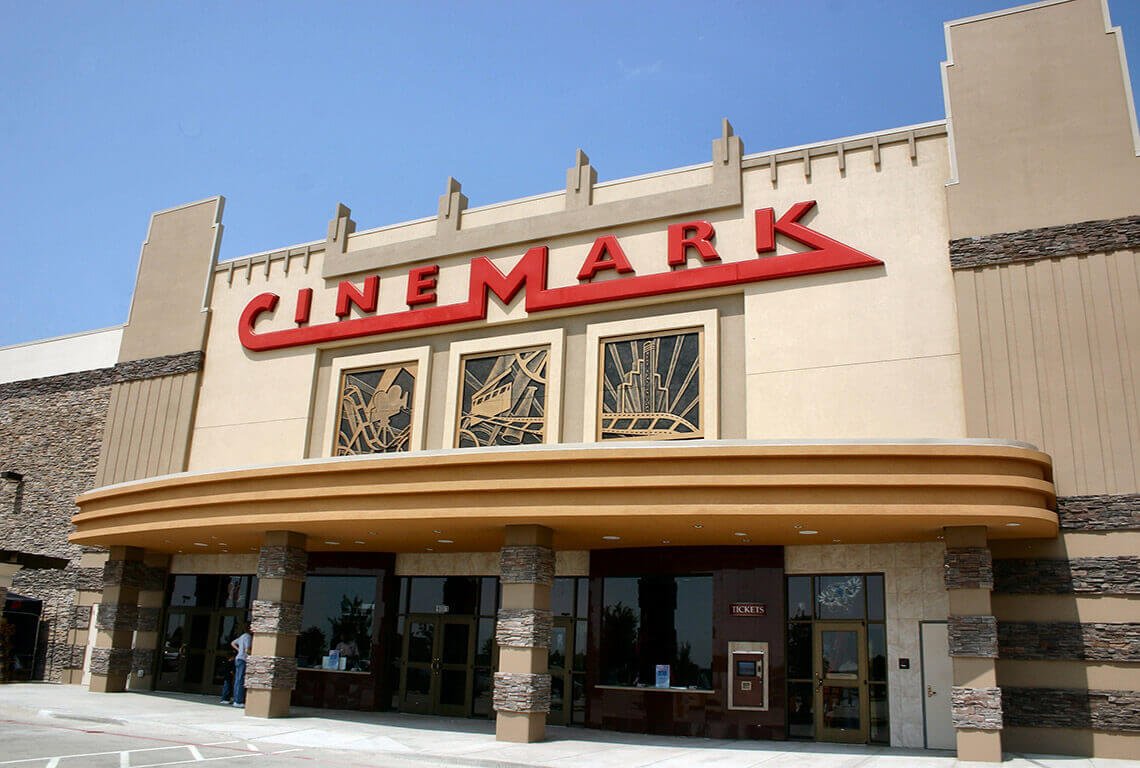 Tilt-up Construction paves the way to intergalactic peace by completing a movie theater a full two weeks ahead of schedule, just in time for War of the Worlds.

The Martians were coming on June 29 and the city of Mansfield, Texas had no place for them to go.

Cinemark USA was in the midst of building its 302nd theater in Mansfield, a suburb of Dallas / Fort Worth, Texas and everything was on schedule. Then Cinemark realized the theater wouldn’t be complete in time for the release of the summer blockbusterWar of the Worlds. This was the first theater ever in Mansfield so there was no place else in the city to run the movie.

The schedule had to change.

“It was a big deal for us to get the theater done in time forWar of the Worlds,” said Chris Cline, Project Manager for Cinemark USA. “We originally planned to open July 10. The City of Mansfield wanted us to open by July 4. Then with the release of War of the Worlds, we wanted to move up the opening to June 29.”

A two week jump in the schedule after ground had been broken presented a challenge to Bob Moore Construction, a leading commercial general contractor in Texas. Fortunately this general contractor was using tilt-up concrete construction for this project. Tilt-up construction normally provides for a shorter project schedule than traditional construction, and the fact that tilt-up allows the trades to overlap their work to further compress the schedule suddenly became a critical benefit to this building methodology.

”The fact that this was a tilt-up concrete project made all the difference, in terms of building the shell quickly and then overlapping our trades to finish it out on time. Tiltwall gave us the quality and speed we needed.

As a result, this Mansfield theater was one of the fastest construction projects Cinemark has ever built. Remarkably, the amount of time from when the tilt-up construction concrete panels were stood to the project’s completion was shorter than any other theater in the company’s history. The theater was actually completed on June 28, in time for a special “film-cutting” ceremony for local dignitaries and representatives from Cinemark, the general contractor and the developer.

While the theater scrimped on the schedule, it is still lavish and cutting-edge. The new 42,265 square-foot facility features a large concession area and seating for 2,010 patrons. The exterior features a dramatic full-height stone veneer, the first time this finish has ever been used on a Cinemark theater. All 12 screens employ top quality Christie projectors, wall-to-wall screens and Dolby digital sound.

“The compressed schedule forced everyone on this project to collaborate even more closely than we normally do,” said Ed McGuire, President of Bob Moore Construction Company. “The fact that this was a tilt-up concrete project made all the difference, in terms of building the shell quickly and then overlapping our trades to finish it out on time. Tiltwall gave us the quality and speed we needed. The pride and teamwork showed by everyone involved, combined with the advantages of tilt-up construction, resulted in a superb project we were able to deliver ahead of schedule.”

The Martians arrived as expected on June 29. While the space invaders were a bit belligerent, the standing-room-only crowds in Mansfield welcomed them – and the beautiful new theater – with great enthusiasm.

“It meant a lot to us and to the city and everyone else that we could do that,” said Cline.